Prior to European settlement, Christina Lake was part of the region inhabited by the Sinixt First Nations group. Also known as the Arrow Lakes People, the Sinixt were an Interior Salish people whose territory stretched roughly from the Monashees to Kootenay Lake, from Revelstoke to north-east Washington. Christina Lake was an important fishing ground, as was the Kettle River around Cascade. Pictographs located at various points along the north-east lakeshore are evidence of these first inhabitants and offer a tantalizing glimpse into a past that remains largely unspoken.

The lake was named after Christina McDonald, daughter of the fur trader Angus McDonald, who ran the Hudson’s Bay Company station at Fort Colville from 1852-71. Fort Colville was established in 1825, and until its closure in 1871 it was a central fixture of the area. In 1865, the extension of the Dewdney Trail from Rock Creek to Wild Horse Creek provided early pioneers with the first route into the Christina Lake region that didn’t require traveling through American territory. However, settlement of the Boundary didn’t really begin until the late 1880s and early 1890s.

CHRISTINA MCDONALD
The Origin of the name for Christina Lake: 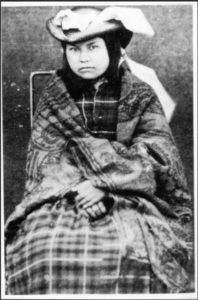 Chistina This area is named after Christina McDonald (1847-1926), daughter of Chief Factor Angus McDonald, Hudson’s Bay Company headquarters at Colville, who used to accompany her father and the brigade to Kamloops each year. (Her mother, Catherine McDonald, whose father was French Canadian, and whose mother was from the Perce Nez band, was herself a very interesting woman.) The brigade traveled the east bank of the Kettle River to Christina Creek, which was crossed 1/2 mile below Christina Lake. She acted as book-keeper for her father, carrying the records in a buckskin sack; the horses would be swum across the river and a raft built to carry the goods. One trip (June 1870 ?), the raft on which Christina was crossing this creek went to pieces and she was thrown into the rushing water along with the buckskin sack containing her father’s HBC books and papers. She was carried down for some distance before being rescued, but when finally dragged ashore she still had hold of the satchel of books, thereby saving its precious contents. For this deed the Council of Chiefs of the Colville Indians gave her and her heirs the sole right to trap and fish in the country tributary to this lake, hence her name for the creek and lake. (Rupert W. Haggen, BCLS, Origin of Place Names in Boundary District, 1945 manuscript).

Christina married James McKenzie, HBC clerk at Fort Colville who later operated a rival trading post adjacent to the HBC store at Kamloops, 1872. After her husband’s death in 1873, Christina continued to operate the business, and proved to be a most competent businesswoman, cutting deeply into the trade of the HBC. Married Charles Williams in 1875 and moved to Montana, then to Idaho and eventually to Spokane, Washington, where she died in the winter of 1925-26. (from “First Woman Storekeeper in British Columbia”, by M.S. Wade, Vancouver Province, 7 November 1926).

1890
By the early 1890s prospecting had spilled over from Rossland into the Christina Lake region. The Lake’s original white residents were prospectors, trappers, or both. McRae Creek and Sutherland Creek are among the many local landmarks named for these pioneer prospectors. In 1896, around the time settlement began at Cascade, F.A. Heinze, owner of the Trail smelter, chartered the Columbia & Western Railway. In 1898 the CPR bought out the C&W and began construction in Castlegar. The C&W railway was completed as far as Grand Forks by September of 1899, and reached Midway the following year. The rail lines were crucial to the success of the mining, smelting and lumber industries that were propelling the region’s economic growth.

The arrival of the railroad brought more permanent settlement to the region, and by the turn of the century Christina Lake had multiple town sites, with a total of at least five hotels. Christina Lake first became a recreational area for day-trippers from Grand Forks and Phoenix, who were able to make use of the new railroad to visit the lake. Dominion Day was a favourite holiday, with special excursion trains running from Grand Forks to Christina Lake. 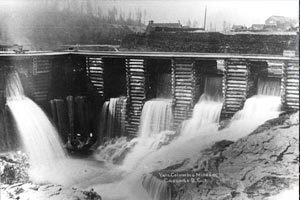 By the late 1890s Cascade City was a bustling community of approximately 1000 residents, with its own newspaper, The Cascade Record. The Cascade Water Power & Light Co. Ltd. was incorporated in 1898, and started building its dam across the Kettle River. The powerhouse at Cascade would provide electric power to Grand Forks, Phoenix and Greenwood, as well as to various local mines and smelters. However, this prosperity was to be short-lived; on September 30, 1899 Cascade was hit by the first in a series of devastating fires. The business district of the town was severely affected, and the second major fire, in the summer of 1901, caused further damage, leaving only one store and one hotel standing. A town which had boasted over a dozen hotels only a few years earlier was on its way to becoming a ghost town. Today, the magnificent gorge can be seen from the bridge on Highway #395 or by following trails that lead to closer vantage points.

Image Courtesy of BC Archives – Source from Call Number B-09285

1900-1945
Beginning in the first decades of the twentieth century, Christina Lake provided summer cottages, fishing, swimming and other entertainment to residents of Grand Forks and the Boundary region. The 1920s saw further growth of Christina Lake as a recreational community and tourism destination. The completion of the Cascade-Rossland highway in 1922 provided vacationers from Rossland and Trail with a direct route to the Boundary for the first time. In the 1920s, Prohibition in the United States encouraged an influx of visitors from north-east Washington, who were attracted by the Lake’s saloons and dance halls. Even during the depression of the 1930s Christina Lake attracted a number of tourists, mostly vacationers from Rossland, Trail and the Grand Forks area.

A summer resort hotel was built on English Point in 1928-9, and was run by George Brown and subsequent owners until 1942, when the hotel and its surrounding cabins were used to house Japanese families interred away from the coast for the duration of WWII. A few families remained in the area after the last of the restrictions were lifted in 1949, others settled elsewhere.

1945-PRESENT
The years following WWII saw Christina Lake become well established as a recreational community. In the early 1960s the highway connecting Castlegar to Christina Lake was completed, saving vacationers from the Kootenays and Alberta hours of travel time as they no longer had to follow the old Cascade-Rossland highway to reach the lake. In 1963 the Christina Lake Golf Club opened a 9-hole course at Cascade, and in 1986 the course was expanded to a full, immaculately landscaped 18-hole course that is now one of the lake’s premier attractions.

Certainly, as you drive through on the highway today, Christina Lake appears quiet and secluded. The frantic energy of the prospecting era and the expansive optimism of the years surrounding the turn of the century may be hidden behind today’s laid-back community, but the legacy of the lake’s early residents lives on in the entrepreneurial spirit of the lake’s booming tourism sector. And glimpses of the old days remain for those who care to look. Christina Lake remains one of British Columbia’s best kept secrets. Come and explore the region for yourself – who knows what you may uncover! 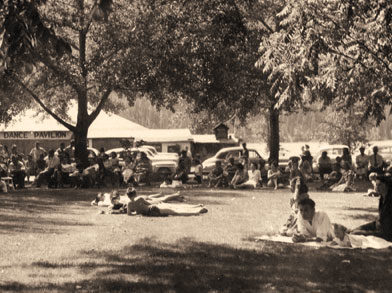 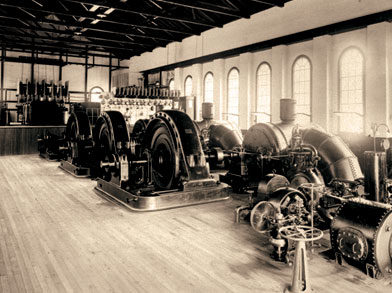 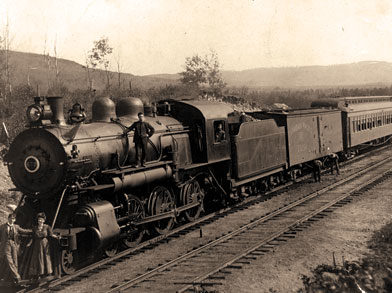